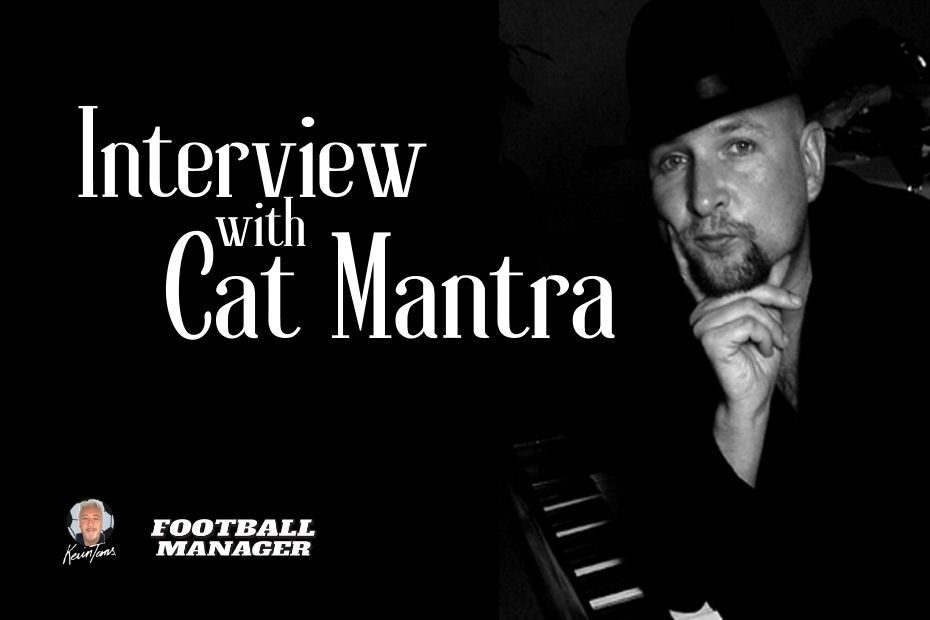 Its official launch for the ZX Spectrum in 1982 propelled the genre-pioneering game to the forefront of the home computer revolution.

The game was a tremendous success both in the UK and abroad, fondly remembered for its frenetic pace and 3D match graphics – now revamped to contemporary systems with Football Star Manager.

However, 2022 hosts another, no less important milestone in Football Manager history.

In March 1981 – 41 years ago – Kevin Toms developed the first playable version of the game that would become Football Manager. He described it as a simple text-based game, but he could tell there was plenty of potential in this early version by the way testers remained glued to their seats when they played it.

Moreover, the first version was not developed for the ZX Spectrum, but for an earlier computer called the TRS-80, as the game had been developed through a TRS-80 clone called the “Video Genie.”

The following year, Kevin Toms would officially release the first 300 copies of his Football Manager game: 297 for the Spectrum and only three for the TRS-80.

All 300 copies were sold. But with the passage of time, the TRS-80 copies faded into obscurity, even in the mind of their developer.

Toms remembered quite vividly his work with the Video Genie, yet the memory of selling TRS-80 copies remained dormant for decades – that is, until he had the chance to buy back one of the original copies from arguably the biggest TRS-80 enthusiast alive today.

“It wasn’t that long ago that I discovered – that I uncovered this gem,” said the man in question, the British musician, author and TRS-80 aficionado best known as Cat Mantra.

“I have a saved search on eBay, on ‘TRS-80.’ And someone had put a system up, and I was looking and then I went like: FOOTBALL MANAGER… with it??”

“So I messaged the guy and I said, ‘look, I don’t want the computer, but can you sell me Football Manager?’ And he did, he separated it from the lot.”

Despite being a hardcore TRS-80 fan, Cat confessed he had never heard of a TRS-80 version of the game before buying it.

“I didn’t know it had ever been released on TRS-80 until I saw this on eBay, and then, I got it. The cassette was very degraded… I tried to load it on my TRS-80, but it wouldn’t have it. But I managed to record it to my laptop, and the WAV to CAS conversion worked. And I got it running that way.”

Just like that, Cat had stumbled upon a precious cornerstone of Football Manager history – so rare and unheard of that even Toms was taken aback by the news.

“I contacted Kev, he was even more amazed,” Cat mentioned. “That (copy) can be the only one that exists.”

It was an exceptional find for a TRS-80 authority and retro gaming fan like Cat, which is saying quite a lot considering his incredibly vast collection of home computers from the 1980’s – some of which he still uses to this day, such as the Atari Falcon and the Atari Mega ST 4 that allow him to work with the original Cubase software.

“That was the start of Digital Audio Workstations, and I tell you what… if you know what Cubase is now, you can work it on the Atari,” says the artist, best known for his extensive collaborations with former members of British New Wave band Adam and the Ants.

With over half a dozen albums and compilations released in the past fourteen years, music is very much Cat Mantra’s main occupation, but more recently he has ventured into other creative areas, such as writing a fiction novel and developing new games for the TRS-80 as “Dreamland Software.”

“This is how I got back into coding, actually: Parts II and III of the book are video games. So people who read “Actual Reality” can then play “Actual Reality: The Game” if they’ve got a TRS-80!”

Cat Mantra’s love for the TRS-80 allowed Kevin Toms to recover a once-lost part of the Football Manager series’ legacy – a kind of “return of the prodigal son” 41 years after its release.

“It was literally the invention of a genre,” Cat says of the first Football Manager, which he played on the ZX81 in his late teens.

Follow Cat Mantra on social media and check out his music: